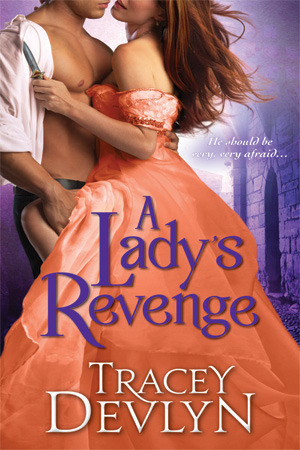 Guy Trevelyan, Earl of Helsford, stopped short at the sharp smell of burning flesh. The caustic odor melded with the dungeon’s thick, moldy air, stinging his eyes and seizing his lungs. His watery gaze slashed to the cell’s open door, and he cocked his head, listening.

A sudden scrape of metal against metal. A faint sizzling sound followed by a muffled scream.

He stepped forward to put an end to the prisoner’s obvious suffering but was yanked back and forced up against the dungeon’s cold stone wall, a solid forearm pressed against the base of his throat.

Guy thrust his knee into the bastard’s stomach, enjoying the sound of air hissing between his assailant’s lips, but the man didn’t release his hold. Nearly the same size as Guy, the Viscount Danforth wasn’t an easy man to dislodge. Guy knew that fact well. For many years they had tested each other’s strength.

“What the hell is wrong with you?” the viscount whispered near his ear. “We’re here for the Raven. No one else.”

Guy stared into Danforth’s shadowed face, surprised and thankful for his friend’s quick reflexes. What would have happened had he stormed into the cell to save a prisoner he knew nothing about, against odds he hadn’t taken time to calculate? Something in the prisoner’s cry of pain struck deep into his gut. His reaction had been swift and instinctual, more in line with Danforth’s reckless tendencies than his own carefully considered decisions.

“Leave off,” Guy hissed, furious with himself. He pushed against Danforth’s hold, and the other man’s arm dropped away.

He had to concentrate on their assignment, or none of them would leave this French nightmare alive. The mission: retrieve the Raven, a female spy credited with saving hundreds of British lives by infiltrating the newly appointed emperor’s intimate circle and relaying information back to the Alien Office.

Guy shook his head, unable to fathom the courage needed to pull off such an ill-fated assignment. The ever-changing landscape of the French government ensured no one was safe—not the former king, the Ancien Régime, the bourgeoisie, or the commoner. And, most especially, not an English secret service agent.

Although Napoleon’s manipulation of the weak and floundering Consulate stabilized a country on the brink of civil destruction, the revered general-turned-dictator wasn’t content to reign over just one country. He wanted to rule all of Europe, possibly the entire world. And, if his enemies didn’t unite under one solid coalition soon, he might achieve his goal.

Another muffled, gut-twisting cry from the cell drew his attention. He clenched his teeth, staring at the faint light spilling out of the room, alert for movement or any signs of what he might find within.

Sweet Jesus, he hoped the individual being tortured by one of Valère’s henchmen wasn’t the Raven. In his years with the Alien Office, he had witnessed a lot of disturbing scenes, some of his creation. But to witness the mangled countenance of a woman… The notion struck too close to the fear that had boiled in his chest for months—years—giving him no respite.

On second thought, he hoped the prisoner was the Raven. Then he wouldn’t have to make the decision to leave the poor, unfortunate soul behind, and they could get the hell out of this underground crypt posthaste.

“Are you well?” Danforth asked, eyeing him as if he didn’t recognize his oldest friend.

Guy shoved away from the stone wall, shrugging off the chill that had settled like ice in his bones. Devil take it, what did the chief of the Alien Office expect him to do? Walk up to the prisoner and say, “Hello, are you the Raven? No? What a shame. Well, have a nice evening.” Only one person knew what the agent looked like, and Somerton did not offer up those details before ushering them off to France. Why? he wondered for the thousandth time. It was an answer he intended to find as soon as they got back to London, assuming they survived this mission.

“I’m fine.” He jabbed his thumb over his shoulder. “Now cease with the mothering and get behind me.”

He barely noticed the fist connecting with his arm, having already braced himself for Danforth’s retaliation. Some things never change. Inching toward the cell door, he tilted his head and concentrated on the low rumble of voices until he was close enough to make out individual words.

“Why do you force me to be so cruel?” a plaintive voice from inside the chamber asked. The Frenchman spoke slowly, as if talking to a child, which allowed Guy to quickly translate the man’s unctuous words. The gaoler continued, “All you have to do is provide my master with the information he seeks.”

A chain rattled. “Go to the devil, Boucher,” a guttural voice whispered.

Guy’s jaw hardened. The prisoner’s words were so low and distorted that it was impossible to distinguish the speaker’s gender. Every second they spent trying to solve the prisoner’s identity was a second closer to discovery.

The interrogator let out a deep, exaggerated sigh. “The branding iron seems to have lost its effect on you. Let me see if I have something more persuasive.”

An animal-like growl preceded the prisoner’s broken whisper. “Your black soul will burn for this.”

Boucher chuckled low, controlled. “But not tonight, little spy. As you have come to discover, I do not have the same aversion to seeing you suffer as my master does.”

Something eerily familiar about the prisoner’s voice caught Guy’s attention. His gaze sliced back to Danforth to find puzzlement etched deeply between his friend’s brows.

Guy turned back, the ferocity of his heartbeat pumping in his ears. His stomach churned with the certain knowledge that what he found in this room of despair would change his life forever. He steadied his hand against the rough surface of the dungeon wall, leaned forward to peer into the cell, and was struck by a sudden wave of fetid air. The smell was so foul that it sucked the breath from his lungs, and he nearly coughed to expel the sickening taste from his mouth and throat.

The cell was twice the size of the others they had searched. Heaps of filthy straw littered the floor caked with human waste and God knew what else. Several strategically placed candles illuminated a small, circular area, leaving the room’s corners steeped in darkness. In the center stood a long wooden table with a young man strapped to its surface by thick iron manacles.

A young man. Disappointment spiraled through him. He glanced at Danforth and shook his head, and then evaluated their situation. The corridor beyond the candlelit chamber loomed like a great, impenetrable abyss.

The intelligence Danforth had seduced from Valère’s maid suggested the chateau’s dungeon held twelve cells. If the maid’s information was correct, that left four more chambers to search. Would they, like all the others, be strangely empty?

Guy narrowed his gaze, fighting to see something—anything—down the darkened passage. It yawned eerily silent. Too damned silent. The lack of movement, guards, and other prisoners scraped his nerves raw. That and the realization they would not be able to slide past the nearby cell without drawing attention from its occupants.

He ignored Danforth’s warning tap on his shoulder and peered into the young man’s cell again. The prisoner’s filthy legs and arms splayed in a perfect X across the table’s bloodstained surface. A few feet away, with his back to the prisoner, stood a slender man dressed in the clothes of a gentleman, his unusual white-capped head bent in concentration over an assortment of spine-chilling instruments. Boucher.

Guy watched the man assess each device with the careful attention of an enraptured lover, masterfully prolonging the young man’s terror. Give a victim long enough, and he’ll create plenty of painful scenes in his own mind that the interrogator need only touch his weapon to the prisoner’s skin to elicit a full, babbling confession.

He couldn’t walk away from the poor soul struggling on the table, nor could he cold-bloodedly put an end to his misery. The young man was a countryman, not his enemy, and he would never leave one of his own in Valère’s hands.

With great care, he withdrew a six-inch hunting knife from his boot. He heard Danforth curse softly, violently, behind him, and then a rustle of movement. His hand shot out to stay his friend, and a short struggle ensued. Their roles now reversed, Guy whispered in Danforth’s ear, “There’s no way around, and I’m not leaving him here.”

After a moment, Danforth gave a sharp nod and settled into the rear support position once more, anger dripping off him in waves.

He couldn’t blame his friend for wanting to press on. Evil penetrated every crack and hollow of this place. Even with his vast experience with the darker side of human nature, Guy felt trapped and edgy and unusually desperate.

Guy shifted his attention to the prisoner just as the young man’s head swiveled toward the open doorway. Bleakness and terror etched his swollen, blood-encrusted face, but something more blazed behind the young man’s steady gaze—strength, fortitude, and a hint of hope.

He was a fighter, a warrior entombed in a rapidly weakening young man’s body. A rush of fury mixed with a healthy dose of respect surged through Guy. How did one so young get involved with the likes of Valère?

The prisoner’s chest rose high with each deep, agonized breath. As his torturer intended, the young man knew Boucher’s next attempt at pulling information from him would be far worse than the last.

Candlelight flickered over his youthful features. When the prisoner focused in on Guy’s position, his terrified blue-green eyes—or eye, as one was little more than a bloated slit—opened wide.

Guy’s heart jolted, fearing the young man would call out. With an index finger to his lips, he motioned for the prisoner to remain quiet.

Familiarity washed over Guy again. His gaze cleaved to the prisoner’s; his focus sharpened.

Blue-green eyes. An unusual color Guy had seen only once before. His muscles contracted. A wave of frigid heat swept across every inch of his skin, and nausea twisted in his gut.

He knew those eyes.

The young man wasn’t a man at all. But a goddamned woman.