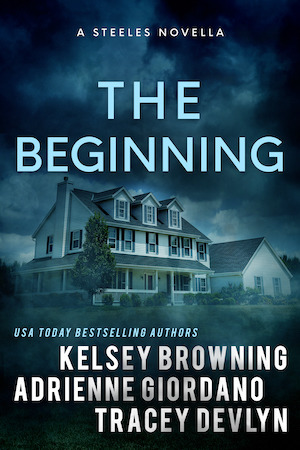 Even small towns have secrets...

The Steele brothers have a problem.

In his own way, each is slowly dying inside.

But what none of them realize is their loyalty to their hometown will force them to decide between the life they each thought they wanted and a love they can’t live without.

In Steele Ridge: The Beginning, the Steele brothers go all-in to save their small-town from bankruptcy, and readers will catch their first glimpse of Grif and Carlie Beth, Reid and Brynne, and Britt and Miranda. And let’s not forget the baby brother billionaire, Jonah, who has secrets of his own.

Steele Ridge: The Beginning is a 9,000-word glimpse into the Steele Ridge series. Full-length titles include Going Hard, Living Fast, and Loving Deep.